Annoying things about the Remake

This thread is exactly what it says on the tin: the place to complain about the Remake. You don’t even need to preface your complaints with “I mostly loved the Remake, but…” Just go all out!

Two things that really annoy me about the Remake are:

I blame the time ghosts.

The successful evacuation of almost every single named NPC from the S7 slums, combined with the total absence of any sign of pre-platefall life going on in upper S7, destroyed the impact of the platefall for me. It felt like nobody was killed and nothing of any real importance was permanently damaged. In short, no tragedy here, folks.

Argh! Yes! wtf was that? Evacuating people ruined it. Completely agree about the rest of it, as well.

Related to that, the tone of this scene felt all wrong to me: 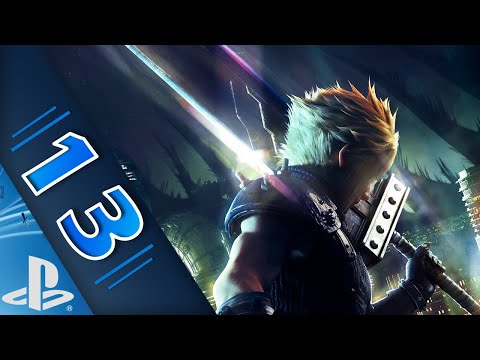 Tifa’s expression and pose in the “returned to the planet” line are nonsensical to me. The line itself doesn’t seem too bad, because I think she does try to cheer people up at times. But at this point, she would be completely wrecked herself; if she said that line, I don’t think she’d be making eye contact. Maybe she’d be trying to keep herself from breaking down and screaming. It’d be said partially to defuse the situation, but even more to comfort herself. Instead she looks like she’s already made peace with it all, and thinks Barret should too. What?

And then immediately after Barret’s “return to us” line, the music suddenly becomes hopeful. He gets to be introspective for all of a second before it’s taken away to move the story along. I think his following line is reasonably in-character, but again, it would be said to convince himself to move on in a time of utter despair. This is a stuck-on-train-tracks moment when they all feel compelled to do something, because the alternative is giving up and in some ways accepting responsibility for the plate drop. The heroic music didn’t fit at all.

Yes. Sometimes the tonal shifts in the Remake would be so jarring they’d remind me of two of my favourite lines in The Emperor’s New Groove: “Well, he ain’t gettin’ any deader” (very appropriate here) and “How did we get here, Kronk?” “Don’t ask me. By all accounts, it doesn’t make sense.”

I have always thought that the first disk of the OG was almost flawlessly paced. I know that plenty of people will argue differently, because when it comes to FFVII, no matter what your opinion you’ll find someone somewhere who thinks the opposite - but it never, ever drags no matter how many times I replay it. It didn’t strive to be realistic and so they could get away with sudden weird tonal shifts and leaving the player to fill in the gaps with their imagination. But when the entire Midgar section is stretched out to 50+ hours of gameplay that has to be mostly action, you end up with a lot of clumsy lines and clunky filler.

two of my favourite lines in The Emperor’s New Groove

I love that movie and those lines!

50+ hours of gameplay that has to be mostly action

Yeah, this was odd. They also left treasure boxes lying around like an old-style RPG, but I agree with you and that 3+ hour Action Button review that it was probably mean to be an action game. There’d be a tense situation, possibly with a timer, and I could not stop myself wondering if there was a missable item in the area and exploring until all the tension was gone (and it’d take longer to run around, as well, because the map was big), which felt much weirder with realistic graphics.

The tonal shifts, clunky filler and lack of any kind of emotional intelligence are the reason I gave up on Square years before it came out and didn’t buy it. I enjoy seeing people mock it, though. I admit, this is partly because I always disliked the compilation, and now I get to see some of the same people offsite who sternly insisted it was beyond criticism complain about the remake and go through alllll the same irritation while remake-fans hit them with the same lines they used to bother me with. >:)

Also… So I’m butting in with just OG knowledge here, but I don’t think they have any concept of ‘returning to the planet’ at this point? Don’t they learn about it later in, ahem, Cosmo Canyon? Iirc it comes up in Elmyra’s story about Aeris’ childhood and Elmyra doesn’t know what she meant, nor does Barret, so why would any of the others?

I find the Remake version of him as unattractive as the Crisis Core version was HOT. He needs a more masculine jaw line. He looks sly, thick, and gratuitously cruel, whereas Crisis Core Tseng (the one I fell in love with) was strong, silent, and mysteriously sad. I don’t like the English voice actor either. Crisis Core’s Tseng had a voice like warm chocolate velvet (which would be gross in real life but hopefully you know what I mean). Remake Tseng sound nasally, fake, and lacking in authority.

I find this funny because I do think it’s within Tseng’s OG characterisation to make him “sly, thick, and gratuitously cruel”-- but I still think the remake style is just wrong for him. He’s too pretty and too young. He’s super theatrical. He’s not Tseng. He’s got those weird sideburns, and he has that ridiculous put-on villain voice. He sounds like such a nerd! I don’t find any version hot, myself, but remake Tseng is actively goofy.

Oh, I agree that the OG does allow him to be characterised as sly, thick, cruel and so on. Maybe SE is just going back to basics with that one. They’ll make him worse so that Rude and Reno can better.

My introduction to FFVII was: Advent Children - Crisis Core - the OG - a very, very deep dive into Before Crisis via gameplay videos and an online script, in order to fictionalise it. So for me my conceptualisation of all the characters has inevitably been shaped by how I got to know them and who they were as I did.

I don’t know if in the OG they have no knowledge of “returning to the Planet”. They don’t ever really discuss what they call Planetology. Barret certainly sounds like he’s never heard of the concept before when Elmyra mentions it.

In the OG, Avalanche seemed like a tiny movement of Barret, Tifa, Wedge, Biggs, and Jessie, but even then Biggs says, “Think how many of our people risked their lives, just for this code…” implying that Avalanche is really a much bigger movement than what we see.

I don’t mind the way they’ve expanded Avalanche. I think it makes sense both in terms of their worldbuilding and in what I know about revolutionary organisations. Avalanche have an ideology - which would include “returning to the planet”, since they know mako is spirit energy - so to me it makes sense Tifa, Barret et al would be familiar with that ideology before they meet Elmyra.

They’ll make him worse so that Rude and Reno can better.

;_; Reno was also sly and cruel! And possibly thick, I don’t remember off the top of my head if there was confirmation! Bahhhhhhhhhh. But you’re right. They will do this.

Yeah, I went the more traditional OG, AC, CC (which I did enjoy the execution of, just thought it had a bad story… they did what they could with what they had. Guess at some point I’ll rant at length (or more likely, dig up an existing rant :P)), script-of-DC. I don’t begrudge anyone enjoying compilation, of course, I just get pissed off when they demand that I like it!

So I base my view that they don’t know about ‘returning to the planet’ on the fact the phrase isn’t really used before they reach Cosmo Canyon (apparently a ghost in the beginners’ hall uses it, lol), and then people use it a lot there and only there, to introduce the concept. Like, narratively, the game has decided to have a specific location devoted to expressing the idea, and I think the party acts as an audience surrogate here, learning as we do. We get Bugenhagen explaining to them:

The body decomposes, and returns to the Planet. That much everyone knows. What about their consciousness, their hearts and their souls?
The soul too returns to the Planet.
And not only those of humans, but everything on this Planet. In fact, all living things in the universe, are the same.
The spirits that return to the Planet, merge with one another and roam the Planet.
They roam, converge, and divide, becoming a swell, called the ‘Lifestream’.
Lifestream… In other words, a path of energy of the souls roaming the Planet.
‘Spirit Energy’ is a word that you should never forget.
A new life… children are blessed with Spirit energy and are brought into the world.
Then, the time comes when they die and once again return to the Planet…
Of course there are exceptions, but this is the way of the world.
I’ve digressed, but you’ll understand better if you watch this.

To me, that indicates that Bugenhagen at least expects that this is new information to the party. I think that while the founders of AVALANCHE were likely aware of this, founding the movement as they did in Cosmo Canyon, the later recruits probably only had what they’d picked up by osmosis and not a clear step-by-step of planet life. So I guess I could see someone picking up ‘she returned to the planet’ as a ritual saying without knowing that philosophical background, but then it’s odd to zoom in on Tifa saying it like that (and they should’ve made it look/sound more like an attempt at a reassuring platitude that doesn’t come off). OG Barret seems to know there is mako energy that keeps things alive, that is being sucked out by Shinra, killing things-- but I don’t think he knows where it originates. I couldn’t find a line for that, at least.

I think the trouble with the remake expanding AVALANCHE in a fashion which increases their knowledge of metaphysics, if that’s what’s happened, is that they’ve now removed much of the point of Cosmo Canyon, which means fans are due a pretty planetarium display with no point to it. In OG, this is where we see the scope of the horror and danger of Shinra’s actions for the first time, contrasted with the beauty of the planets for extra effect. Remake seems like it may just turn this into a hollow lightshow.

Saw some clips… what is wrong with Elmyra’s face???