There are many monsters and they are all great.

Except for those ghosts that go invisible and prolong the battle. Screw those guys.

Thread to discuss our faves.

Thread started because a few minutes ago I remembered the existence of elfadunk, the tiny blue beach elephant: 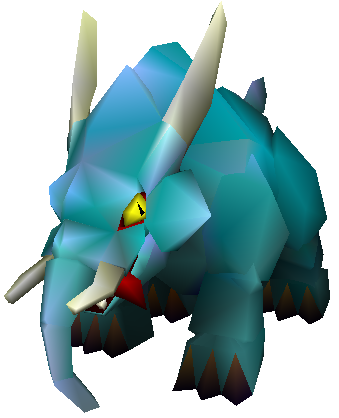 I found some concept art. Well, the style looks like official concept art though there’s no attribution on it, so I’m not sure. It looks less like an elephant there. 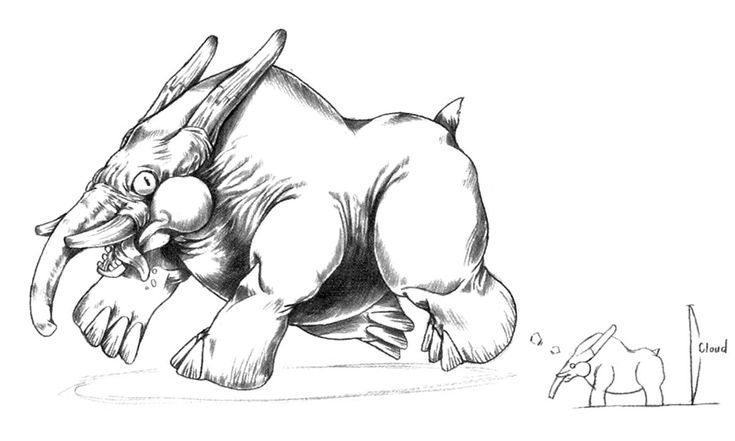 It dreams of being tall!

Theoretically I like the elfadunk but they’re not actually that interesting to fight.

I really loathed the variations on the theme of ostrich in Crisis Core - the epiornis and what not - they killed me more than anything else.

I have a particular love of sahagin. I’m unclear whether they’re meant to be teenage mutant ninja turtles or lizard people, but I like the way they seem to have some kind of simple proto-civilisation with a political hierarchy; they wear clothes and understand the concept of self-adornment, and they can craft impressive weapons. If their world were anything like our world there would be a committed group of people running a Sahagin Liberation Society. I also think that Butch in the remake is the offspring of a romance between a sahagin and a human.