Remake's Jenova theme (and other music) 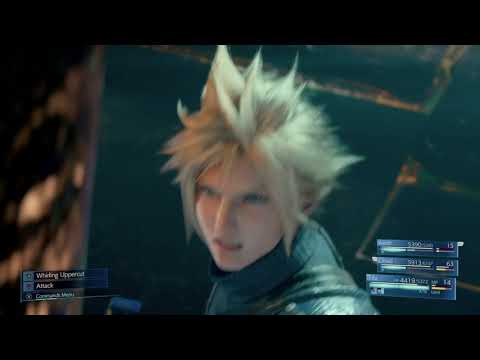 Am I going nuts or are the instruments a little bit out of sync with each other or out of time in part 1? If it’s not just me, do you think it was done on purpose, to make it feel dreamy and unsettled? Or a technical issue? If is just me, thread over, I guess. :P

But any other thoughts about this music are welcome too.

Edit: adjusted the post title a bit so other music stuff can go in here too.

You could well be right. I’m either very picky about music or just not very sensitive to it. The only memorable piece of music for me in the entire remake was the little jingle that plays on the road from Sector 5 to Sector 6. That was beautiful. Everything else was pretty blah generic game music to me and didn’t register. I didn’t even notice that when you go up the stairs in the Shinra Building (instead of taking the elevator), the music gets woozier and woozier as you get more and more tired. Once that was pointed out to me, I thought it was pretty clever. So you could well be absolutely right about the music in this battle being deliberately just slightly out of synch - to let us know something isn’t right about the whole thing.

Ooooh, a piece of music that may be slightly off in a way that nearly nobody else notices and proceeds to drive me up the wall forever more???

Will listen in a bit and weigh in, am watching university challenge reruns but this kind of thing is my jam.

I do like the discordance of the new honeybee inn music. I think it’s fully unintentional on Square’s part, but I like how it undercuts the shiny veneer they’re trying to give to a brothel and gives the whole thing a horrifying feel.

So far not sure if jenova is off so much as has clashing rhythms that combine to sound kind of muddy and some weird choices of percussion rhythms. However will listen with headphones, + am strings person and we’re notorious for having no sense of time, so.

Okay, with headphones, yeah, I swear there’s some drum doing whatever the fuck. The overall effect makes me feel a bit sick. I think mostly the piece is in time and there’s just no sense to the rhythm choices, but that low drum in parts of it is just… ??? (Like shortly before the first bit of singing – 00:35ish) The piece also sounds like it skips forward sometimes in the choral part, but I think again it’s just a bad design choice, where they keep the shortest note to the end of the phrase, plus it’s a high note, so it sounds like the singers are rushing.

edit#2:
Yeah I think they didn’t have the theory for whatever reason so they just shoved as many flourishes in as possible and they all clashed. I do really like the idea suggested by that cello that comes in briefly at about 1:36. It makes me wonder if one could do a cool dark game-of-thrones-style jenova cello piece… though maybe it has nothing to do with Jenova.

Cheesy lyrics but I like the song. Glad lyrics are easy to ignore. Plus I always hear ‘but I was consumed’ as ‘butter was consumed’ and it puts me in mind of Palmer.