This was going to be a thread for ‘things Tseng would definitely NOT have in his bathroom’, but actually I like the idea of us all posting random items of home decor, bizarre or otherwise, and then people can decide which character would own them. So, to start… 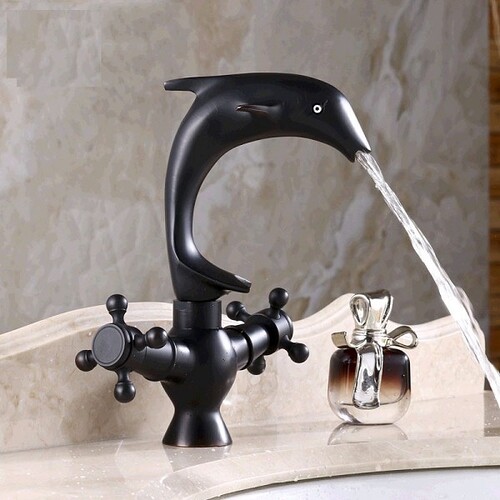 This is a tricky one, partly because I quite like it.
I think it has the right combination of whimsy and functionality to appeal to Reeve.

Hm, good point! I’d considered Priscilla because of the dolphin, but then maybe she’d have more dolphins, and the taps and perfume bottle would also be dolphin-shaped, and the whole house would be some kind of terrifying dolphin-palace… 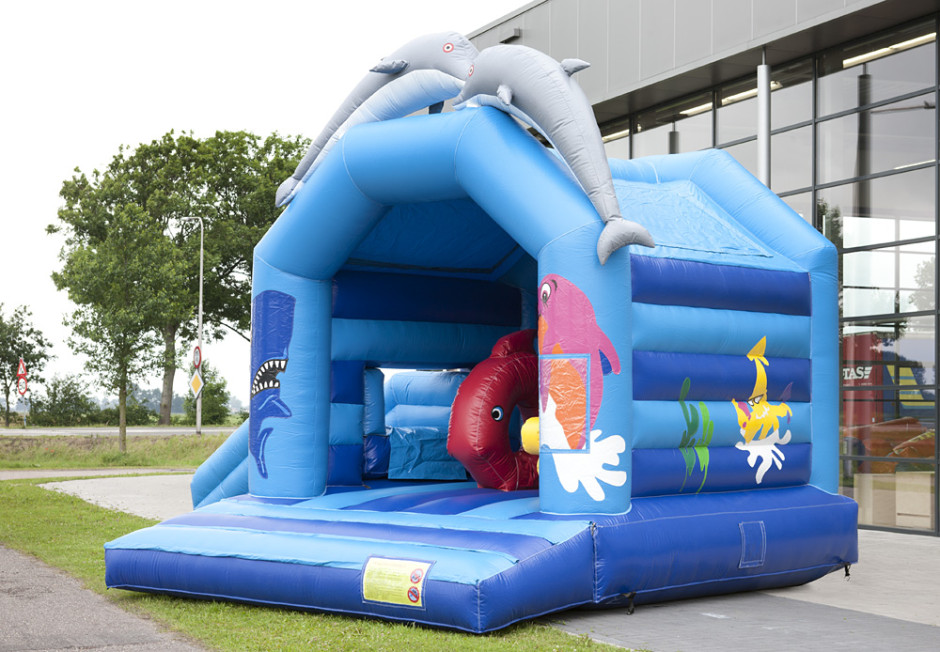 (I think the image doesn’t show up here automatically because it’s not a https link, so there’s no way to change that)

EDIT: HMMMMM, working now; looks like linking images uploads them? That should probably not happen… xD

EDIT #3: I believe this has now been fixed.

EDIT #4: When replacing the cursed bouncy castle image, I ended up with one that was insufficiently zoomed in. Have found a better link and now you can see the terrifying dolphins in all their glory.

EDIT #5: I have just noticed that the cursed bouncy castle literally looks like a skull.

Fun thread! Reeve and Priscilla were the first to come to my mind as well.

I can contribute some weird/cursed chandeliers. 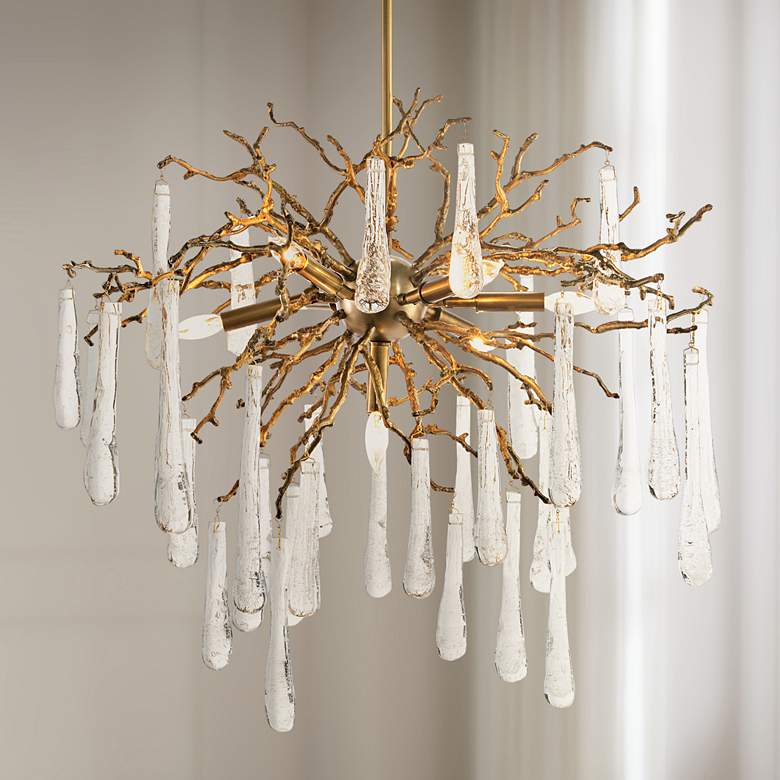 Thanks! Is it better to use links? I copy/pasted directly into the comment box.

It should be fine to upload though we recommend waiting a few minutes while we tweak the settings so you may wish to link in the meantime; we changed the settings to compress images to the maximum. Right now they’re still set to a very low quality and we’ve set the maximum filesize to only 100kb ANYWAY, so suspect we don’t need to compress so aggressively…

All fixed! Though those old extra-compressed chandeliers were funny.

The first one looks like Jenova’s chandelier! Or maybe Jenova got turned into a chandelier… It also reminds me of the architecture of the City of the Ancients. Maybe it was the ‘calamity from the sky’ because when they first encountered Jenova, they hung it up as a chandelier, but one day it broke free…

The second also has a bit of a Jenova vibe… maybe Sephiroth at the North Crater? Seems like the sort of light fixture he might have had with him in the ice.

My first reaction is that it belongs in the Haunted House hotel in Gold Saucer.
Then I thought it was the kind of thing Dio would buy, probably because it comes with some back story, e.g. “These antlers were found by a hunter high in the Nibel mountains, the tragic remains of three stags, locked in an epic battle for herd supremacy, whose anters became so entangled they could not free themselves and so starved to death…”
They also seem like a symbol of tortured masculine pain that Scarlet would like. In her case, she probably shot them herself.

I know who I think would have this. But what do you think?

My first thought was Don Corneo!

Hmm… the color scheme and pattern make me think Honey Bee Inn. I could also see Vincent growing up as a rich kid and having it in his parents’ house.

I love the chandelier ideas! The Scarlet one is great; I kinda want to draw her and the other execs on a hunting trip. The first chandelier reminded me of the shape and style of the Nibel mountains, which are admittedly not a character. That site also had another a larger one in that style that was shaped like Jenova.

The second one, I took one look and thought “someone chucked a bunch of condoms into a tree and it was probably Hojo.”

Oh, my access was denied to the second one! 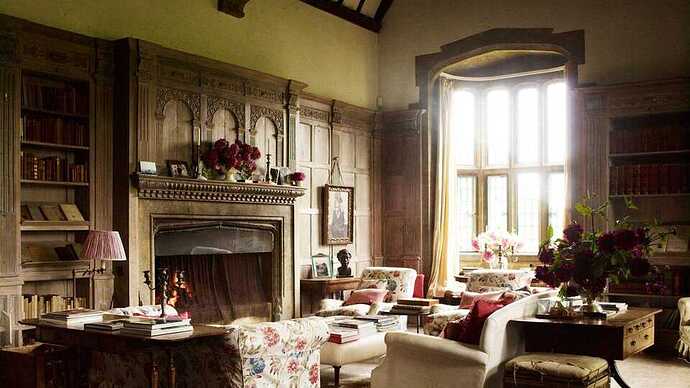 So the Louis XV bureau belongs to him.

The second one, I took one look and thought “someone chucked a bunch of condoms into a tree and it was probably Hojo

Oh that makes me feel better because honestly my first thought was “someone jizzed all over that chandelier” but I thought that just indicated I wasn’t classy enough to discuss chandeliers. (And yeah, the link has stopped working for me; not sure if it’s blocked in some countries or if something else has changed)

I have a rather indefensible headcanon

I have the same one! I think it comes from the opera during the plate drop + his having an important dinner to attend + his suit and cigar; that aesthetic doesn’t match up in my head with glass and steel. I did think of him when I saw that bureau, but then I think Corneo has similar taste to him, just more brash and dragony. I think one might see one of Corneo’s items of furniture in Shinra’s quarters; the difference is that Corneo has them all at once… Though also I think of Shinra’s style as more Imperial European-inspired, while Corneo’s is more yakuza.

EDIT: Whose is this?

I’m already thinking of Scarlet shooting things, so that’s the first person who came to mind. But the tail on this feels too goofy for her. Maybe Dio? I could also see Remake’s Johnny getting it as a sort of equivalent of a racecar bed, though I don’t know how he’d pay for it. Reno might also have one as a joke if he could get it cheap.

President Shinra crossed my mind too! I couldn’t justify it so I didn’t write it down.

Here’s the questionable chandelier from above: 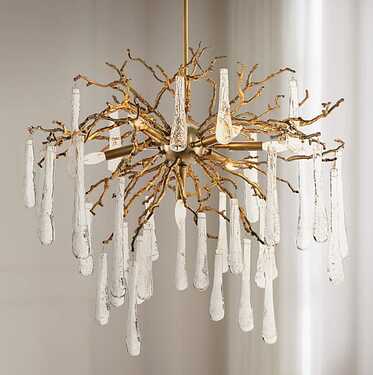 Who has a cutting board that’s a chunk of tree? 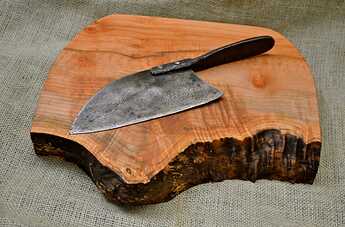 Who has a cutting board that’s a chunk of tree?

Y’know, at first I was thinking of the Canyon folk since natural materials and all, but something about the vibe doesn’t work for me, I think the knife looks too angry for that. Plus maybe they’d just get Nanaki to bite the vegetables into slices with his teeth. Or maybe that’s child-labour. Hm.

So then I was thinking it had a bit of a Cid vibe. And there are a lot of trees in Rocket Town. But something about that knife still didn’t quite fit for me.

And then it hit me. This is Ifalna’s kit. This is the knife that Gast can’t pick up without nearly severing an artery and requiring twenty cure spells. Her technique for chopping onions is terrifying and involves a battlecry. Ifalna wages war on every ingredient in the meals she cooks. When Gast cooks, things go much more smoothly (and the kitchen ceiling is left unscathed), but she always beats him on the spice blend and he can’t figure out how.

This is Ifalna’s kit. This is the knife that Gast can’t pick up without nearly severing an artery and requiring twenty cure spells. Her technique for chopping onions is terrifying and involves a battlecry. Ifalna wages war on every ingredient in the meals she cooks.

Oooh, I love this. It fits perfectly! I hadn’t settled on anyone myself, but the idea I most liked was that it’s Barret’s. He probably has a lot of cooking experience since he raised Marlene by himself, or maybe he’s always liked it. So that knife would be something he’s had for a long time, along with a much more beat up cutting board. This wood one would be a replacement he either bought or was given during a trip to Cosmo Canyon. He’s careful when he cuts things on it, because it reminds him of what he’s fighting to protect.

I’m already thinking of Scarlet shooting things, so that’s the first person who came to mind. But the tail on this feels too goofy for her. Maybe Dio? I could also see Remake’s Johnny getting it as a sort of equivalent of a racecar bed, though I don’t know how he’d pay for it. Reno might also have one as a joke if he could get it cheap

Hah, I didn’t think of Reno but can totally see it now! I was thinking of Scarlet but actually, given certain details, I now think it may belong to the scandalous lovechild of Scarlet and

Hahaha omg I see it. I have some notes speculating about what would’ve happened if they dated in the past. Apparently the answer is a child who would someday own that tiger sofa. XD

I thought about it more; while Reno might buy that sofa for himself, I think it’s more likely he’d secretly have it delivered to Elena, to troll her after she complains about her love life at the office. 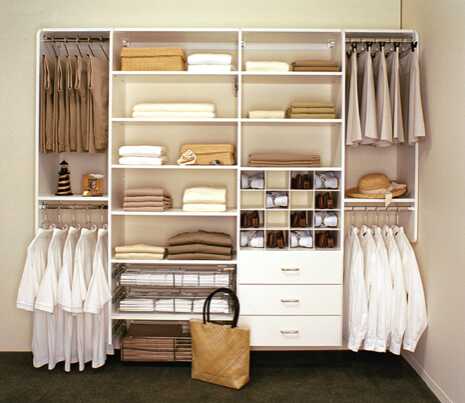 Whose closet would be organized like this (substitute the clothes they would actually wear), and whose would be a trash heap that’s one old sock away from gaining sentience?